My Innermost self – Dr Jekyll or Mr Hyde? – SubstanceForYou.com
Hope Is Our Substance For You
Cart 0
|
Cart 0

My Innermost self – Dr Jekyll or Mr Hyde? 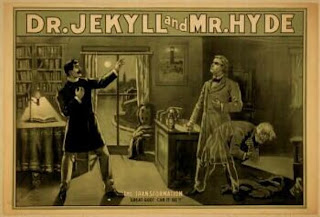 “My devil had been long caged, he came out roaring” (Stevenson 79).

“We learned that we had to fully concede to our innermost selves that we were alcoholic”. In the book, Alcoholics Anonymous, it states that this is the first step in recovery.

The place that I had the least understanding was the space inside of me that felt the doubt, despair and loneliness, the emptiness and fear that was present all of the time. I failed to recognize this as the greatest element of my existence. I was in denial that, it truly was the inside of me that was causing me to reach out and grasp at anything that would quell my needs and desires. Desires, needs, and wants which were never fulfilled.

Some of literature that I read refers to us having a soul-sickness. Lost, alone, abandoned, cold, afraid, scared, guilty, wrong, broken, and ashamed; these words are well known and deeply felt by most drug addicts and chronic alcoholics.

Finding authentic love and compassion, having some form of direction in life, believing that I have a purpose, and being contented with meaning and fulfillment, success, courage, and a sense of belonging, these were the attributes that I would continually and persistently reach for, but would never ever seem to find.

Every time—and I mean each and every time—that I drank alcohol and did drugs was my attempt to fill the elusive space within me that was barren, void and incomplete. Even at age 11 something inside of me felt broken and torn. The turmoil inside of me had always been there, deep down, even as a young child, years before I had taken a drink or drug. My brokenness was indescribable and insidious. I never could explain how I felt or what was wrong. I just knew that something did not feel right. It felt like a need, a hunger that would never be satisfied. I had to have that substance filling my void, more, more, more, more, and more. Endlessly wanting whatever made a contention for that void and desiring more. I was willing to pay any price and suffer any consequence for more, more of any substance or drink that would quiet the storm in my soul.

As soon as I had just one sip, toke, puff or hit, and as soon as I knew I was going to change, I would feel comforted and safe. During the first flush of intoxication, I felt fulfilled and complete. The part of me that seemed to be missing would all of a sudden appear and take hold. A book that I read defines this as, “The real Dr. Jekyll and Mr. Hyde”.

Then the effect of the drug or drink would take over and lead me to oblivion and peace. Or so I thought! This false sensation of being complete offset the uneasiness of my reality. I turned my life and my will over to the care and control of the substance, known as the magic potion. It gave me such great visions and dreams of life, whole and happy! This substance became the most glorious wonder of my creation. The magnificent sensation would only last but a moment, but it was enough to stop the madness in my soul. Then the monster would appear and demand more. It would ask for me to pay any price, do anything, and commit any offense, feeling the desire that I must have more!

My problems were not so much as what happened to me when I would drink or drug, but more so when I was not drinking and not using. Life would overwhelm me and situations would pile up on me, slowly bring my frustration, fear and anxiety to an uncontrollable boil. My problems and capacity to manage them became unattainable and insurmountable. The unreal pressure seemed to grow stronger, always erupting into a slow obsessive thought. I needed peace, ease and comfort the only relief I could find, or trust, which at this time was the instant release of the first hit, the first drink, or the first whatever got my high off! The thought would always be present that it would ok for me to drink or use, it did not matter about the time or the place, the circumstance or outcome that my addiction would always produce cravings for the potion without fail.

It was my Inner- most self that had suffered for so long and it’s there where the solution was to be found. I believe that deep down within all of us is that space, which is the spot at which recovery begins. Conceding to this was the first step in my recovery.

I no longer doubted that a life without drugs and alcohol was possible.  Some of us believe it to be the piece of us that the Creator designed us to have: “The Eternal Conscience – The God Spot – or our True Innermost Self.”

Today I have the peace, ease and comfort that I so longed for through drinking and drugging. There is a great sense of purpose, meaning and a direction that I can pursue, of which I never believed to be possible until I came to terms. I have a new freedom and a new happiness now, and It has been referenced by some to be a miracle of healing. I think of it as my transformation from a living death to a grateful and humbled life.