Yup! I'm 100% sober and have been for nearly 7 years. I'm practicing daily recovery, too. But, somehow I've managed so successfully and accidentally overdose myself... more than a few times.

The doctors don't really have an explanation for it, and maybe one of you can reach out to me through the website after reaching this, too! But, I've developed either some form of narcolepsy or a sleep walking disorder that involves my eating disorder; binge eating disorder.

It's very scary to my family and I, because I will wake up in different places than my bed during the night and be walking around the house all night not knowing I'm doing it because I'm not actually awake. This usually happens 5/7 nights a week. And I don't think that my sleep apnea is a contributor to this newly found disorder.

It's sort of like I'm in the very final scene of "The Blair Witch Project Movie" where the camera person is walking down into a dark basement where the final murder takes place. He sees his friend standing facing a corner of a concrete slab basement, and it is by far the creepiest scene in the entire movie.

If I had to describe how I end up in other rooms, and not knowing how I get there from the outside looking in, it would be that scene from the "Blair Witch Project." Because I don't see where I am, but I'm standing up sleeping facing corners and walls in odd rooms of my house, as if I'm possessed, ready for the last final cut of a horror film!

And then I snap out of it! Boom I'm awake! Immediately looking down at my hands to make sure I'm holding nothing harmful, then scream! Somehow finding my way back to bed, emotionally scarred. It's time for round two of sleep, yet, the incidents will keep happening and I'm not even sure if I'm in full REM sleep, or not...

But hell! I ended up in the emergency room last year for an accidental overdose after breaking the child lock on some Motrin and waking up to 20 of them in my mouth already half dissolved. I'm not sure if I swallowed them, but I felt funny so I was rushed to the emergency room regardless and the discharge papers said, "Accidental Overdose."

So yeah... it's possible to do that even though I am still clean and sober and in recovery. It doesn't have to be street drugs to be toxic. And hell yes it was most certainly accidental! Let alone it being super embarrassing to have almost all things toxic locked up on you at night time like your wife has child-proofed the house on you!

But hey, it's better than eating a bottle of Motrin on accident, right?

Well, tell that to me last night as my wife forgot and left her Acetone out from doing her nails and I wake up with the bottle in the kitchen next to some sort of binge-esque snack I had.

At least I came up with the rationale that I didn't drink it this time because my mom said if the cap was still off when I woke up then I wouldn't of drank it because I probably wouldn't be able to screw it on with my eyes closed!

Such bullshit I know, right? Well, I guess that's why they call it an accident. It is what it is at this point. I guess that I will just have to buy more locks... 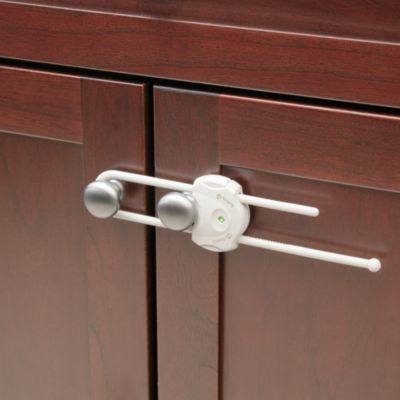 And it's funny that I have to classify this blog under my recovery section because I really see no fact of recovery here. In fact, I see just a whole fucked up issue and if it weren't for the fact that I have been in recovery for almost 7 years I would put this under my addiction category. But, now how could I? This isn't addiction related. It could be mental illness. Or it could just be the fact that I get HANGRY really freaking easily...

But for me, the most comfortable section is recovery because it happened during my recovery. And the lesson I should leave you with is that we all have flaws, especially some that carry over in our lives into different scenarios like sleep walking in my case. But don't let that define if you're in recovery or not. Let the fact that I'm working to fix this problem with trained doctors and anxiety sessions tell you that I'm still in recovery.

And know that the term accidental overdose is used as a blanket term, covering many different scenarios, not just heroin or fentanyl or alcohol overdoses. It was truly an accident and if used too much I could've died without medical intervention.

They were an accident and that's the way I will leave them. Because my name is Brian, I am the owner at Substance For You, and am many more things than an accident. I earned my recovery! Every day of these seven years!

Shit happens... I'm still getting better. And whether it's addiction or not, so are you from whatever it is that is a negative factor in your life! We don't need to be addicts to be in recovery, we just have to want to do better.