Hurt Myself for Drugs? – SubstanceForYou.com
Hope Is Our Substance For You
Cart 0
|
Cart 0

People are hurting themselves and on purpose. So if you know someone who is an addict and they get into an “accident,” the truth is that they may have actually intended for this to happen. But, this does not defeat the purpose that they need immediate medical attention. Some people do get hurt really bad, too. And they get hurt while high while not even knowing it. But, others get hurt while high, or seeking a high, and do know it. Why? Because they’re hurting themselves on purpose.

Prescription opioid overdoses are now a leading cause of death in the United States, and a lot of the time spent with this high is a search for the medication itself. But why are people searching for it? They are searching for it because it is so regularly controlled and not easily accessible.

Doctors are now urged to not give out prescription narcotics unless in severe emergencies, where most commonly found in the Emergency Room. And the question is who are typically the one’s being prescribed? Well, a study shown in Medical Daily states that these users typically live in an urban area in the southern USA and are female (53%). But, wow! That doesn’t really narrow it down… that’s practically every other neighbor I have. And if this holds any truth the statistics show that the one’s seeking and suffering are your neighbors, school teachers, or barista at the local Starbucks.

While women made up only 53% of the visits that’s still not much of a discrepancy. And this brings me to wonder, “If doctors are urged to not give away these painkillers anymore, and they are really cracking down… How does one get hardcore painkillers if it takes an extreme action to do so?”

This brings me to my next point…

A study done in HealthDay states that in 2015, 27,000 patients across 19 ER departments were given prescription opioid painkillers IN JUST ONE WEEK. What was the most common? No, not Vicodin but rather, Oxycontin (Oxycodone) which is about 3 scales above Vicodin in potency, immediate effect, and long lasting effect. It’s shown from personal experience that most people who abuse Oxycontin on the streets, started from an emergency room accident. And then when they were no longer given the painkiller because their regular physician doesn’t want to give it to them out of the risk of dependency and its dangers, they most commonly do one of two things:

Finally, this brings me to the ultimate climax of my article. That is that many people who go into the ER at first for an accident [or not] are then seen 9 or 10 different times before being put on a Narcotics Seeking Watch list. Why? Because once given into the mis-prescription on the first visit, they are hooked. And if their regular doctor won’t give narcotics to them beca 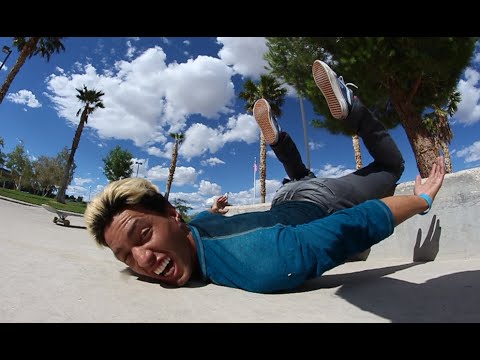 use they are an even stricter leash. Now, what’s the only other way to get it? They have to do what worked for them the first time… cause an accident. Or rather let’s call it, purposefully hurting one’s self in order to get illegally—or legally, depending on which way you look at it—drugs.

This is a serious issue, and ER’s are flooded with people who are seriously hurt, but seriously hooked, waiting to get their next up of pain killers. And as stated before it can be anyone, including Susy Homemaker next door. So the next time your friend who may be addicted says that they got into an accident, make sure for what reason, because doctors are now catching on.

Doctors are now urged to flag people who’ve been to an emergency room more than “X” amount of times within “X” amount of days for “XYZ” reasons. They have a coding system that will federally cut you off and get your name put on a list that says, “DO NOT PRESCRIBE such and such.” And pretty soon, all they’ll be getting is a fine dose of IB Profen and the DT’s a few hours later, while still grimacing in pain.

Take note, this addiction epidemic does not discriminate. Take note!